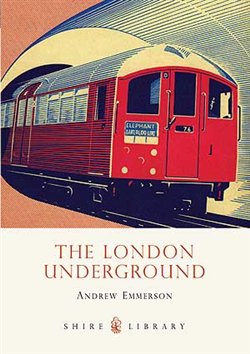 Shire Library 597
Author: Andrew Emmerson
About this book
The London Underground is at the heart of the city, used by millions of commuters and shoppers every year, its tentacles extending into the suburbs that it has helped to create. Its turbulent life has been determined by the trials and tribulations endured by the people it carries: it provided a network of life-saving shelter in the Blitz, but has also been the scene of numerous tragedies. The London Underground will transport you vividly back to the past: well over half the illustrations are in colour, and most of the photographs have not been published since they were taken.
Contents