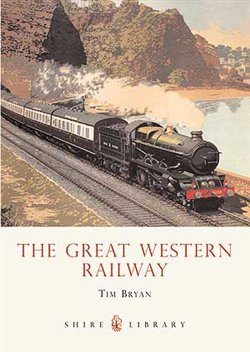 Shire Library 595
Author: Tim Bryan
About this book
With a network covering much of the west country, Wales and the West Midlands, and a history and tradition stretching back more than a century, the Great Western Railway (GWR) has been seen by many railway historians and enthusiasts as the most famous railway in the world. The history of the GWR was marked by an independence and swagger matched by few other railways, its foundations laid by the flamboyant engineer Isambard Kingdom Brunel who designed the famous Paddington Station and Saltash Bridge. This book summarises Great Western Railways place in British history, one secured by a nostalgic fondness for a bygone era.
Contents
Introduction
Brunel and the Broad Gauge
The Golden Age of the GWR
The Greater Great Western
The Great Western Under Attack
Great Western Legacy
Places to Visit
Further Reading
Index
Paperback; July 2010; 64 pages; ISBN: 9780747807889