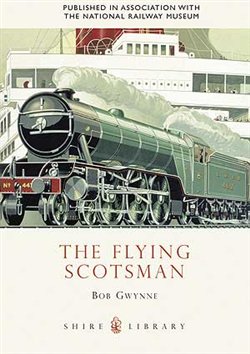 Shire Library 586
Author: Bob Gwynne
About this book
The Flying Scotsman is probably the most famous railway locomotive in the world. It first caused a sensation for its beauty and its speed in 1923, and it soon became a national icon. The fastest and most comfortable way of travelling between London and Scotland, The Flying Scotsman only got faster and more luxurious as competition from other routes, airlines, and the motor car threatened. From 1928 it began running non-stop, an achievement that earned it yet more attention. This superbly illustrated book celebrates the much-loved locomotive, the train that shared its name, the route it took, and how it captured the imagination of the nation.
Contents
The Empire Finds a Star
Speed to the North
Nigel Gresley: Knight of the Iron Road
Non-stop to War
Soldiering on
Coal to Catenary
Saving our Scotsman
Index
Paperback; April 2010; 56 pages; ISBN: 9780747807704